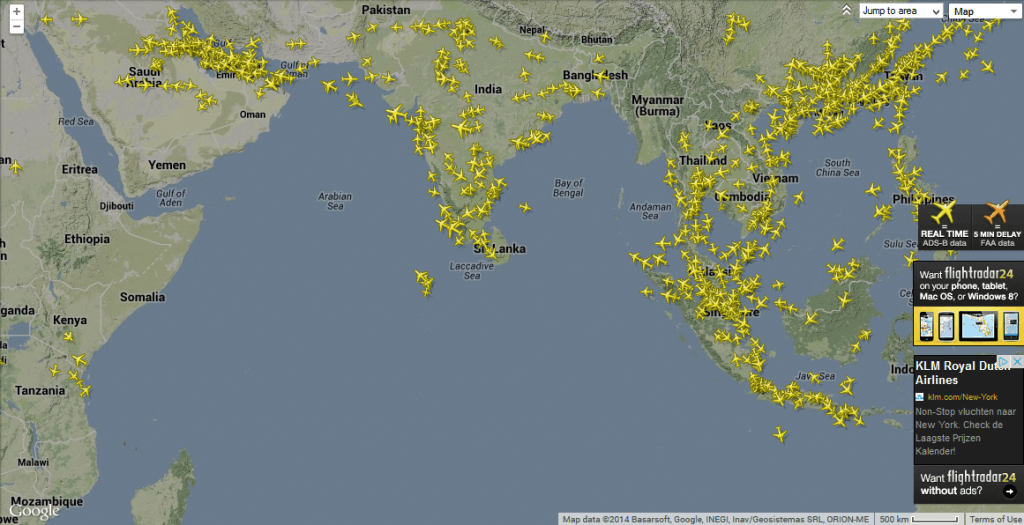 The dramatic and mysterious crash of the Boeing 777’s Malaysia Airlines MH370, reminds us how radio systems and here geolocation and GPS tracking airplanes systems, are essential services, until that it can not be disabled or putting off as easily…

Surprisingly, radio technologies used for geolocation and tracking of aircraft are quite classic and easy to listen/decode, still nowadays.

From a radio point of view with SDR USB stick receiver, it has never been so easy and inexpensive to receive, decode yourself, GPS positioning information sent in real time by aircraft passing near his position !

Equipment is for less than 20€, with a simple USB DVB-T, DAB TV receiver USB stick, you can begin to receive and decode RTL-SDR GPS info sent in ADS-B and ACARS by aircraft.

Radiocommunication systems of an aircraft

3 radio systems are mainly used for terrestrial communications and sending GPS information of an airplane :

– ACARS radio system for, Aircraft Communication Addressing and Reporting System, mediated by the crash MH370 is a monitoring and coded radio communications system between an aircraft and a ground station.

It enables automatic control of condition of the aircraft in flight by service center of the airline company to know the status of the flight before landing. ACARS also provides operational and logistical communications.

VHF channel used since the 1970s is now supported by a SATCOM satellite link in shadows region such as the oceanic region.

ACARS system is also equipped with a communications system on HF bands, to listening from a land over thousands of kilometers.

Aircraft equipped with ADS- B determines its position by GPS satellite positioning system and periodically sends its position to ground stations (control tower) and other aircraft operating in the area. The frequency range used is 1090MHz .

– VHF and HF radio system, used for oral communication by radio between the pilot of an aircraft and a ground station. This is the historical means of communication, still widely used, unencrypted and very easy listening.

VHF radio is used by pilots, takeoff , flight and landing in obtaining authorizations and information for the flight. The frequencies range are from 118MHz to 136MHz in AM (amplitude modulation) for less than 100 kilomters distance, and HF band between 2mhz and 15mhz for long distance communication, over 1000 kilometers.

A fourth way is mainly used in areas without coverage ADS-B/ACARS: satellite communications between aircraft and space, then retransmission to earth.

Is receiving ADS- B legal?

Yes, it is an initiative of the Air Traffic Organization (ATO ) of the Federal Aviation Administration (FAA) of the United States , who encouraged it under the NextGen project : Next Generation Air Transportation System.

How to listen ADS-B and ACARS aircraft

Tutorial and software SDR, ADS-B and ACARS to download

An important reminder, do not install the drivers provided with the installation CD and refuse the automatic installation on Windows.

As with everything related to waves and transmission / reception of a signal radio, the antenna is the determining factor on what you will be able to receive, especially in terms of listening distance from you.

If the antenna supplied with the DAB-TV stick is placed on a metal support, outside upright AND you ‘re not too far from an airport or on the way of aircrafts, you can succeed in your first listen ADS-B signals.

In most cases, the supplied antenna is not sufficient and you will need to equip yourself with an external antenna suitable for 1090MHz frequency for ADS- B and 118-136Mhz antenna for receiving signals and VHF radio and ACARS. 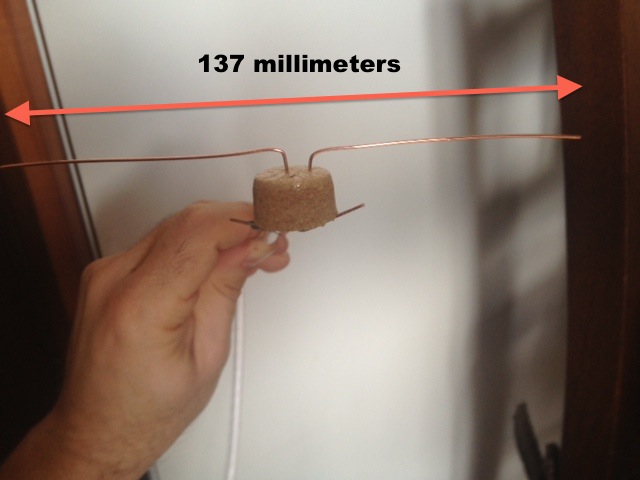 Once your receiving station ADS-B in place and operational, you can share your data on sites tracking real time tracking of aircraft in the world and Flightradar24 and RadarBox24.